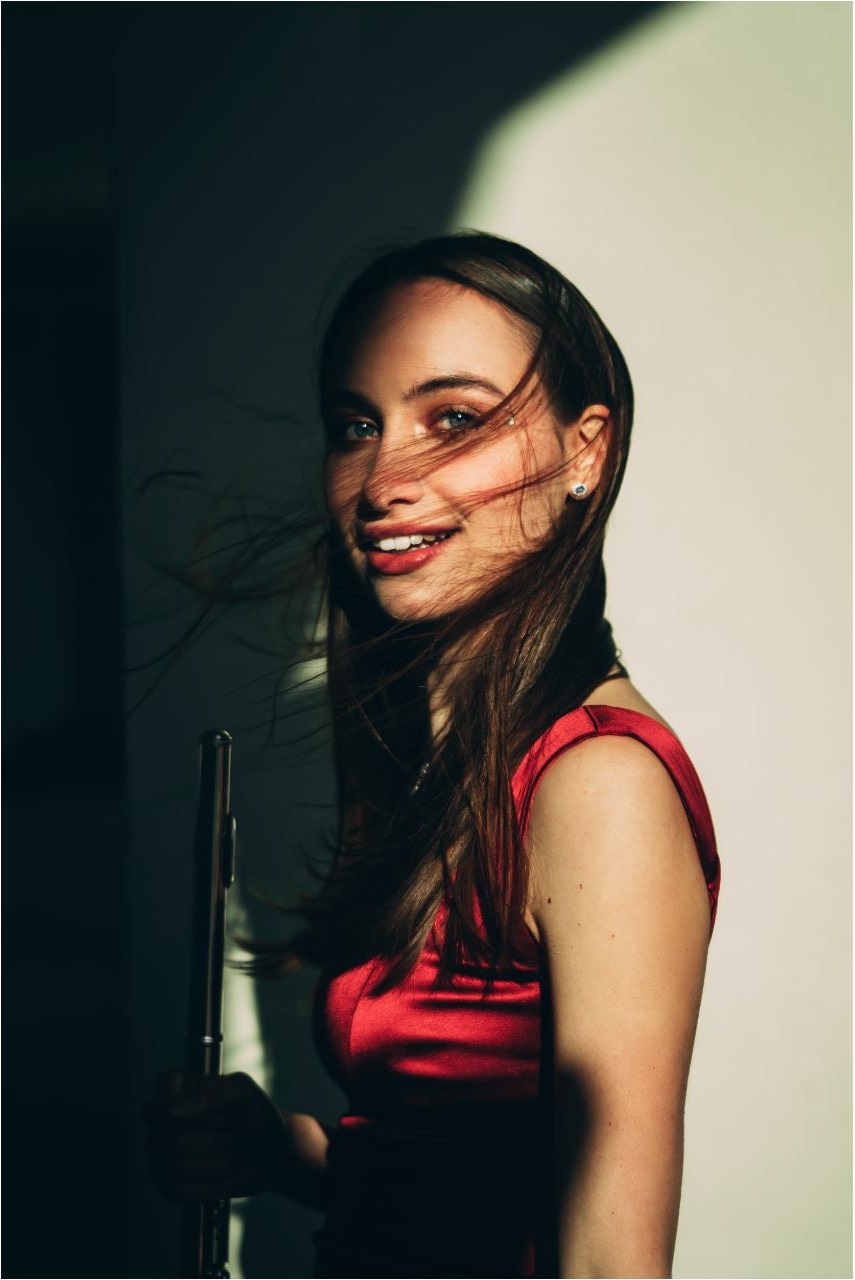 Dorotea Senica, born in September 1997 in Frankfurt/Main Germany, started playing flute when she was 8 years old at the Conservatory for Music and Ballet of Maribor with professor Valerija Kamplet. At the age of 15, she passed the entrance examination at the University Mozarteum Salzburg and began with her Bachelor studies in the class Univ. Prof. Michael Martin Kofler. She became Bachelor of Arts in 2018 and continued with Masters, which she completed with excellence in June this year.

In September 2020 she studied for half a year at the Conservatoire National Supérieur de Musique et de Danse de Paris in the class of Univ. Prof. Philippe Bernold as a part of the Erasmus+ Programme.

In 2019 she won the first prize at the Dutch International Flute Competition in category Master.

Dorotea was in the final round of the Slovenian Eurovision Young Musicians in 2016, finalist and winner of the Darmstadt Special Award for the best execution of Berio Sequenza at the "Severino Gazzelloni" International Competition in Pescara (2018) and the semi-finalist at the Guangzhou International Flute Competition in China (2018).

In 2017 and 2021 she has qualified for the Kobe International Flute Competition in Japan.

For outstanding achievements, at the end of the music school, she received the highest recognition of the Conservatory for Music and Ballet Maribor - diploma »Dr. Roman Klasinc" (2010).

RTV Slovenia presented her in the show "Young Virtuosos" on the national television TV 2 (2015), and she also performed as a soloist with an orchestra at the 25th “Dobrodelni Miklavžev koncert” (a charity concert of RTV Slovenia).

In march 2018 and February 2020 she collected her orchestral experiences as a substitute of the Munich Philharmonic Orchestra.

She had been continuously receiving the "Zois Scholarship" from the end of elementary school until 2018, and from 2014 she is being supported by the Gallus Institution.

For the year 2016/17, she was selected as "Mladi up" of Zavarovalnica Triglav on the basis of achievements selected by the commission.

Dorotea receives a scholarship from the International Academy of Music in Liechtenstein and participates regularly in the intensive music weeks and activities offered by the Academy.

For her master studies Dorotea has been awarded by the scholarship of the Slovenian Ministry of Culture.